Opened in 2008, the Hicks Commercial Sales division serves horticultural professionals and quality-oriented landscape contractors with the wholesale products they need, when they need them.

Our internal motto “Get in. Get Out. Great Plants.” is exactly what our customers can expect. In addition to trees, shrubs, perennials and a broad Greenhouse offering, Hicks Commercial Sales stocks fertilizer, mulch, soil and other supplies. Our clientele includes landscape contractors and designers, movie and television sets, zoos, golf courses, interior plantscapers, florists, municipalities and other garden centers.

Our continued promise is to listen to our customers and provide them with the tools necessary for success.

The Hicks family started farming on Long Island as early as the late 1600s, but it was in 1853 that the business that was to become Hicks Nurseries, Inc. had its beginnings. Isaac Hicks began selling trees to his neighbors and he named his new company Isaac Hicks and Son. Since the first sale, Hicks Nurseries has maintained its reputation for providing carefully selected, top quality plant material. Each succeeding generation of the business has left its stamp on the nursery, responding to the current horticultural needs of the Long Island community.

For over 167 years, nobody has helped more gardeners succeed in more ways than Hicks.

At the turn of the century, Isaac’s son Edward, who taught at Brooklyn Polytechnic Institute, invented and patented the equipment for moving big trees that were desired by Long Island’s new estate owners. Full grown trees – sometimes in full leaf – were carefully extracted from the earth and taken primarily to the Gold Coast mansions, where many still flourish today. Many of the most famous estates that included the Vanderbilt, JP Morgan and the Phipps (which is currently Old Westbury Gardens), coveted the unique landscaping services that Hicks offered in the early 1900’s. 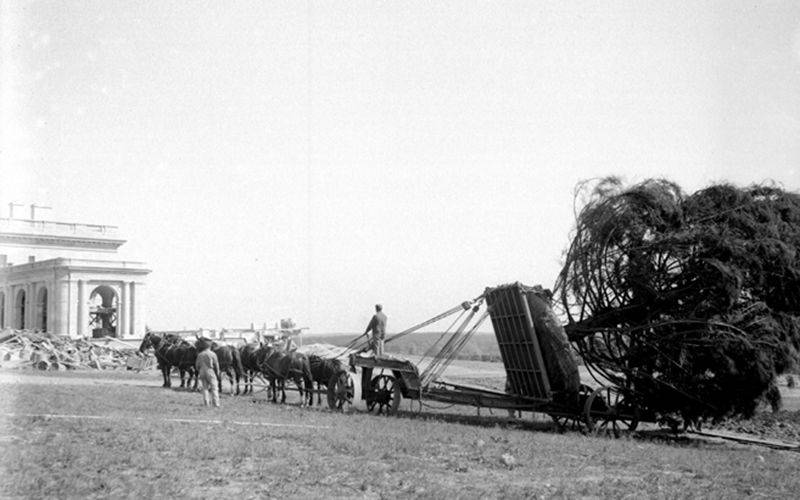 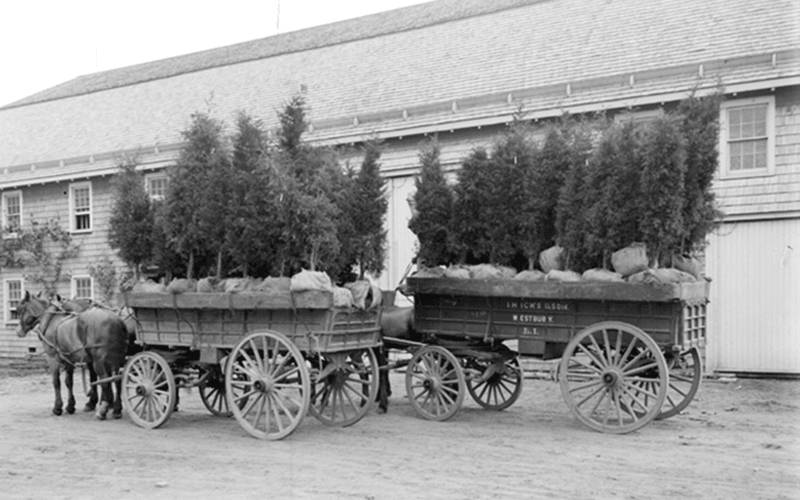 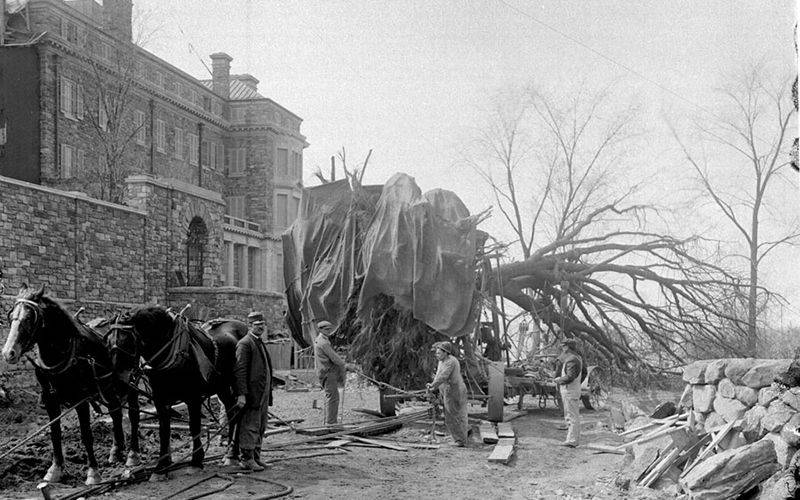 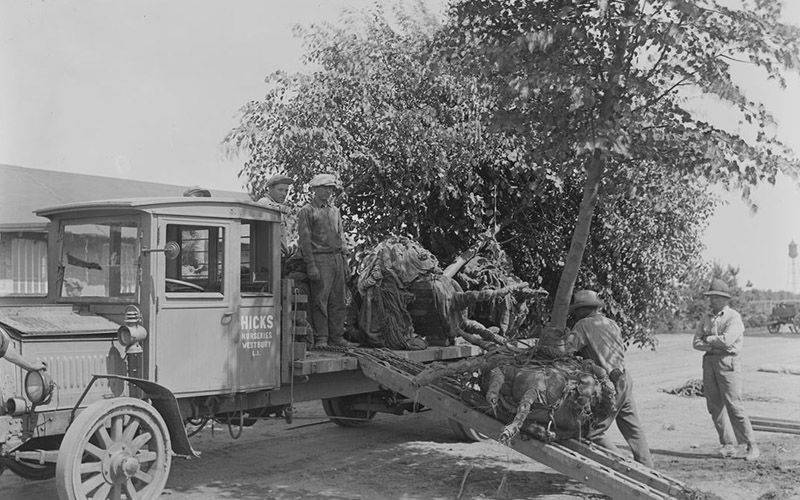 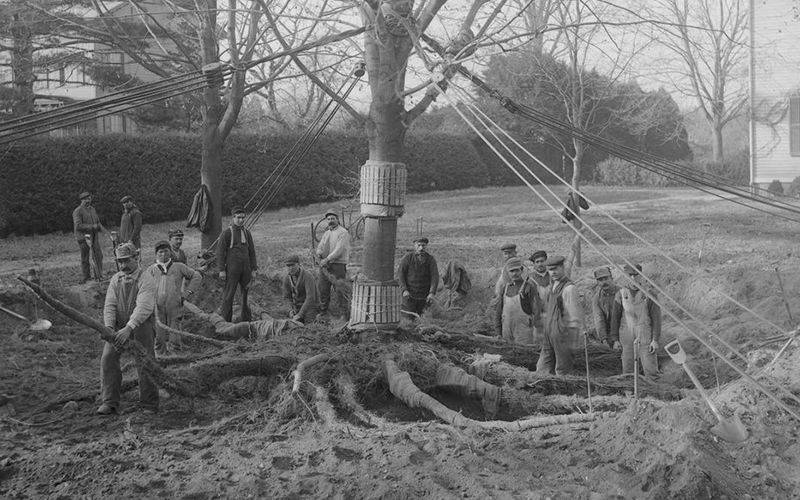 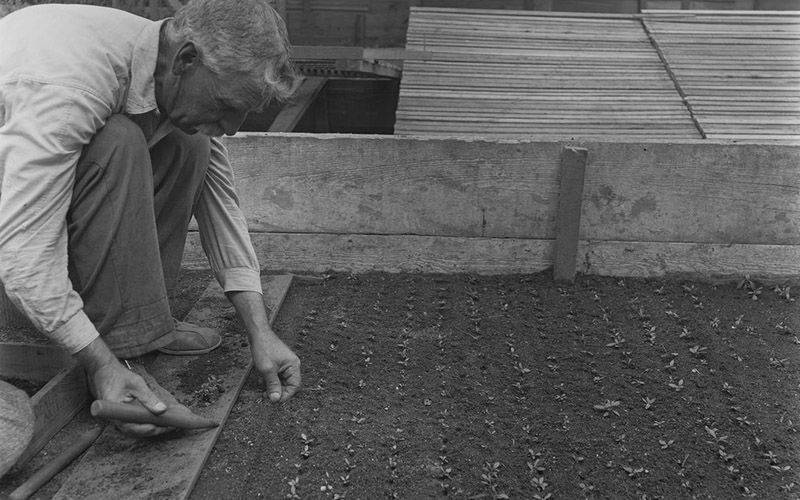 Edward’s son Henry was the first college-trained horticulturist in the family business becoming a premier botanist. After receiving his degree from the New York State College of Agriculture at Cornell, Henry returned to Westbury, where he specialized in studying the suitability of new plants from Europe and Asia for the Long Island environment. He kept up a wide correspondence with the leading horticulturists of the day. One such correspondent was the chief plant explorer for the US Department of Agriculture, Frank Meyer, who roamed the earth looking for new plants. Whenever he came upon a new plant, he sent three back to the US. One went to the USDA in Beltsville, Maryland; one went to the Arnold Arboretum in Boston; and one went to Henry Hicks in Westbury. The cross-breeding of plants from different parts of the world was Henry’s forte, the best known being the Hicks Yew (Taxus x media Hicksii). This plant became – and remains today – one of the most widely used plants in the landscape industry throughout North America.

William and Edwin Hicks (Henry’s sons) kept the business going during the Depression. Around 1930, in an innovative move, William made pre-dug plants available for customers. This marked the beginning of the walk-in, cash and carry customer business that developed into what is now called a retail garden center.

In the 1960s, with western Long Island’s evolution from a rural to a suburban community complete, Edwin’s son Alfred (Fred) saw the need to refocus the business in order to keep pace with the new generation of Long Islanders. At that time there were still 245 acres of nursery production in Westbury. Fred kept the best of what was already established, and over the next ten years converted the nursery into a thriving family-oriented retailing and growing operation that served hundreds of thousands of people each year. Garden center owners from across the country continue to visit every year to get ideas.

As President of Hicks Nurseries since 2004, Stephen is making his own mark on the family business to meet the growing and changing needs of customers. Hicks Commercial Sales was launched in 2008, Hicks Landscapes was re-launched in 2011, and in 2019 the Landscape Inspiration Center was introduced, providing retail customers with a new and innovative way to shop.

One of the trickiest professional accomplishments is to successfully transfer a family business from one generation to the next. Very few small businesses make this transition past one generation. Hicks Nurseries has overcome many obstacles and has been able to not only survive but thrive as an industry leader and a vital part of the Long Island gardening and landscape community – through six generations.

Since Isaac Hicks’ first sale, Hicks Nurseries has maintained its reputation for providing carefully selected, top quality plant material. Each succeeding generation of the business has left its stamp on the nursery, responding to the current horticultural needs of the Long Island community and beyond. We continue to evolve and grow to better serve you as we have for over 168 years and counting.